John LaMacchia is one of music's most underrated genre-benders. In Candiria, he didn't just blend jazz, hip-hop and ambience with metal, he actually infiltrated authentic jazz, hip-hop and trip-hop measures into his music. More recently, he teamed up with fellow sonic mavericks in Isis, The Dillinger Escape Plan and Made Out of Babies for a bludgeoning EP as Spylacopa (say, when can we hear more of that?) and produced Julie Christmas' haunting solo album, The Bad Wife, all for LaMacchia's Rising Pulse label. He could already retire on his track record, but his new three-piece Crooked Man indicates that there's more up his sleeve. 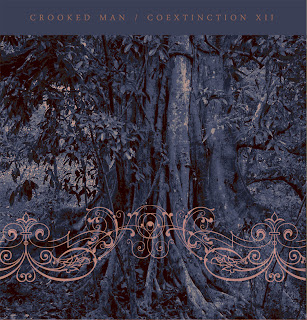 Performing in a secluded room at Freddy's in Brooklyn, LaMacchia's band was filled out by bassist Michael Shaw and singer/guitarist Sabrina Ellie. The sparse, drumless lineup recalled the better MTV Unplugged episodes, where the bands ditched the hits in favor of the songs that were best left underproduced. Stripping much of the aggression from the doom metal nightmares of their recent EP, Crooked Man waltzed songs like "The Parting Gift" into murder ballad territory. Much of LaMacchia's acclaim goes to his production and arrangement gifts, so a forum for his songwriting talents was particularly welcome.

On vocals, LaMacchia doesn't have much range, but he's a convincing frontman with a theatrical flair. He embodied Morrissey and Thom Yorke's emotiveness on Smiths and Radiohead covers, and best of all, interpreted the Misfits' "Come Back" as a Nick Cave ballad. If Crooked Man release a covers record, there'll be at least one buyer.

Encoring with a lovely read of "No Surprises," Crooked Man left the impression that the best of LaMacchia may be yet to come. Call it the process of self-development.
Posted by Ben Apatoff at 2:27 AM