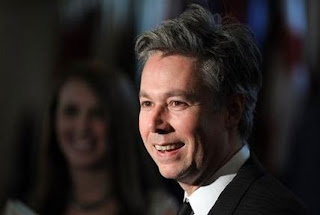 Years ago, my parents visited Europe with a small group of American tourists. An elderly couple from New York elated them with stories about their son, a musician. The kicker came a few days into the trip, when my grownups learned that the couple's son was a Beastie Boy.

I was home in Virginia, already an obsessed fan of Licensed to Ill and years away from appreciating it (or the rest of their albums) the way I do today. My parents delighted me with the story of their encounter and the Yauchs enthralled me with a visit to Virginia. If that weren't enough to blow my little Beastie brain, MCA sent me an autographed picture, emblazoned with the print "BENJAMIN, HOW GOES IT? LOVE, YAUCH."

Adam Yauch's passing last Friday at age 47 is devastating. As musicians, the Beastie Boys were the first hip-hop band to see unlimited potential in their art. Any time The Roots pick up instruments, Outkast writes rock songs, Eminem breaks pigmentation stereotypes or Danny Brown dazzles with his college MC wit, they are working with the Beasties' imagination. The skin-crawling failure of nearly all rap-rock only shows how hard the Beasties' craft is and how masterfully they defined it. Any encyclopedia of the world's most influential rock and hip-hop musicians is incomplete without MCA.

Said influence would mean little if the Boys didn't claim it with some of the the most fun, innovative and challenging music of the past 30 years. Few have equaled the Beasties for commercial and artistic success, and not even Prince, Madonna or Michael Jackson can match the Beasties' quality control. The Beastie Boys are too consistent for me to imagine a world without them.

Perhaps above all, the Beastie Boys were a team, a brotherhood that ran deeper than blood. There was no clear leader or spokesman, just three creative, socially-conscious smart-asses who built an industry with their own rules. The road to irrelevance is paved with clowns who played Hamlet, Dominoes who went unplugged and Police who picked up the lute, but somehow these most illin'est b-boys went intergalactic and grew even iller.

MCA has been described at the Beastie Boys' George Harrison, the quiet one who sought enlightenment for himself and equality for others. His introduction of Buddhist values and international influences on Ill Communication earned him re-evaluation from listeners who dismissed him for "Fight for Your Right." While other rap stars branched out to vanity projects, Yauch saved his empathy for Tibetan Freedom Concerts, Vote for Change tours, opening slots for little-known hip-hop talents and a production company for low-budget films. Even autographs for pubescent fans.