What do you do with a Resolution...and everyone's the same 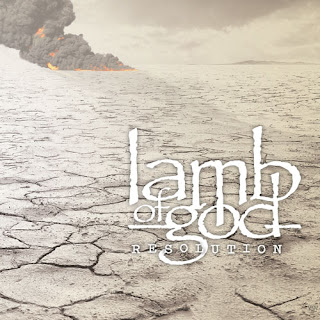 You can't say that Lamb of God aren't admirable. Since the '90s, they've consistently played authentic, uncompromising metal and ended up getting bigger with every album, earning an international audience through touring, integrity and killer songwriting. Impervious to trends, they've barely strayed from the thrash-inspired groove metal that they perfected on As the Palaces Burn, and those principles are exactly what sinks their latest, Resolution.

Resolution will be a fine first Lamb of God listen to some folks. But anyone who's heard four or five other Lamb of God records won't find much of interest. The best songs ("Desolation," "Ghost Walking," "Invictus") aren't enough to give Resolution any favor over previous releases, and here they barely stand out among 57 minutes of similar groove metal hooks and barked vocals. All the good songs on Resolution will sound better on a mix CD.

The smallest signs of experimentation--the sparse instrumental "Barbarosa" and the Tool-esque prog of "The Number Six" and "King Me" are as much as we get--are exciting enough to raise hopes that Lamb of God will take more risks next time around. More likely, they'll keep playing Slayer to Mastodon's Metallica--making good, sometimes great but always samey albums while their peers evolve. It's an commendable choice, but it may end up costing them their relevance.