The greatest live metal albums of all time

Why aren't there more good live metal albums? The best metal bands--AC/DC, Metallica, etc.--all put on spectacular shows. Alice Cooper and KISS broke the rules and changed ideas of what live shows could be. I'll take live Dillinger Escape Plan, Converge, High on Fire or of course GWAR over practically any non-metal act. With that in mind, there should be dozens of great live metal albums. But usually they just feel superfluous.

I've seen Mastodon eight times and have never been disappointed. But who needs to hear them play Crack the Skye in its entirety on Live at the Aragon? With CDs barely selling and YouTube eliminating any curiosity of how bands sound onstage, I can't imagine that this was a cash cow. Maybe they're trying to get out of a record contract.

Unfortunately, most live albums are more Live at the Aragon than Live After Death. But there are a few very good, even great live metal documents. If you only pick up three: 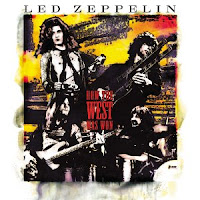 Led Zeppelin, How the West Was Won

So much has been written about Zeppelin that I'm hesitant to jump in. But the most worshiped hard rock band of all time deserves all their accolades, and there is no better evidence than this testimony, recorded in 1972 but released 30 years later. I'd already been through my high school boy Zeppelin obsession, but on How the West Was Won I learned that they were even better than I'd thought or been taught. The blues and country medleys showcase their range, and those pulverizing blows of "Rock and Roll" and "Heartbreaker" obliterate not only their studio counterparts, but everything else in the canon. It's almost unfair. 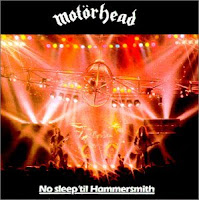 Motörhead, No Sleep 'til Hammersmith

Motörhead are like death and taxes. Year after year they live on the road, unleash new music and tear apart any room that they enter. At 66, Lemmy and his new songs still sound like No Sleep 'til Hammersmith, but this record is a thrilling shot of Motörhead clawing their way into rock history. No Sleep snags nearly all the best songs from their early albums and charges them with the production and applause that they deserve, making this the best Motörhead introduction on record. The Beastie Boys later paid tribute on their most famous paean to Brooklyn, as did Strapping Young Lad on No Sleep 'till Bedtime. 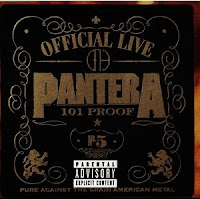 The Cowboys from Hell followed No Sleep's example on 101 Proof, energizing their best songs with "a new level of confidence and power." Phil Anselmo's infamous banter cements the band's image as hard-drinking rednecks, but nothing can mask Dimebag Darrell and Vinnie Paul's ear-grabbing musical instincts on songs like "Strength Beyond Strength." The hard grooves of "5 Minutes Alone" suggest radio potential seconds before "Sandblasted Skin" wipes out any such thought, but the unquestionable fact behind 101 Proof is that Pantera were a once in a lifetime band.

Lemmy once said of Motörhead, "If we moved in next door, your lawn would die." Here's proof: