Song of the Day: High on Fire, "Fertile Green"

How can High on Fire get any heavier? Aren't metal bands supposed to indulge their prog-rock side, swing for a hit single or reheat their old ideas by album number six? Never one to rock on the beaten path, Matt Pike is celebrating his third decade as a road dog by finding new ways to thrash. 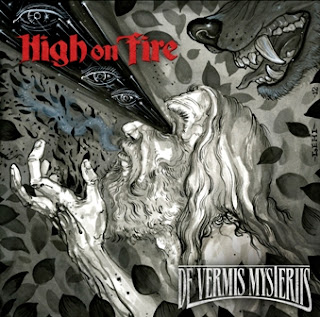 High on Fire's best songs ("Devilution, "Headhunter/Rumors of War") arrive with Kensel introductions, and the rhythms that announce "Fertile Green" promise something ferocious. Pike barges in with some riffs for the ages, plus a solo and breakdown of Slayer-like proportions. High on Fire have always had chops, but it's downright astonishing to hear how much they improve between albums. Stoner metal? Nah, that indicates sloth.