2008 has been an incredible year for music. A lot of it has been chronicled here. However, if you can own only five records this year: 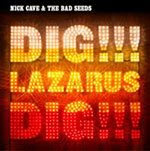 It's official. Nick Cave and the Bad Seeds are longer peerless, having joined the upper, upper echelon of immortal musicmakers in their third straight decade of being awesome. "Fierce," "curious," "literate," "delightful," "rich" and "extraordinary" don't begin to describe the talents of ringmaster Cave and his distinct, prodigiously gifted band of miscreants, who created eleven individual worlds on Dig, Lazarus, Dig!!!, and reported back to save the rest of us from visiting. 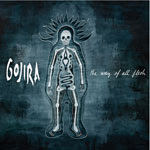 Gojira, The Way of All Flesh

No band sounded bigger, cooler and heavier than Gojira, metal's best-kept secret until October 13, 2008. Pulling off technically-baffling prog numbers, mega-hooky death metal stompers and tribal metal jams about global warming as if they were easy as pie, The Way of All Flesh would be heard as an experiment in destroying the boundaries of metal music if listeners weren't too busy getting their senses pummeled by the best metal album of the year. 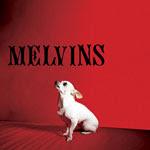 The Melvins, Nude with Boots

Just when it looked like the rest of the world was catching up to the grungy, uninhibited sound of King Buzzo, Dale Crover & co., the Melvins distanced themselves from everyone by making a supremely weird, catchy, dark and skull-crushingly heavy album, easily a high point in their 25-year career. Extra credit goes to Big Business bassist Jared Warren and drummer Coady Willis for pushing these guys even further than Kurt Cobain did. 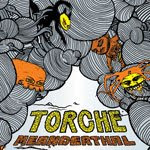 Melodies soar, guitars pummel and stoner metal gets the startling reinvention its been deserving for all these years. For an album that's devoid of cliche, I'll borrow one to describe it--"Faster than a speeding bullet and more powerful than a locomotive." The recent departure of guitarist Juan Montoya exemplifies how painfully rare a great record like this is, but with Meanderthal, Torche have already made one for the history books. 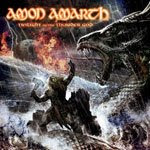 Death metal isn't supposed to be this infectious and power metal never gets this heavy, but Amon Amarth don't bow to any rules or genre conventions on Twilight of the Thunder God. This awesome record channels Norse mythology in a speaker-busting compositional massacre that comes armed with lyrical odes to Thor. Cynic were more technical, Ihsahn took a further leap and Meshuggah were heavier, but it's the band that makes you feel like a Viking for the win every time.

Some other lists you should be checking out:

Those Who Know Music: My comrades at TWKM somehow came up with a top five that complements my own, five must-hear 2008 releases that you should have picked up by now, including Ihsahn, Cynic and Secret Chiefs 3.

Metalsucks: Looking for super generic lists that honor the same three bands? Well, first check yourself, then check out these guys, who offer top tens that'll push your buttons and introduce you to more great music than you can handle. Read the staff lists here.

Sound Opinions: Right, wrong or both, Sound Opinions has the sharpest reviews in the country. Hosts Jim DeRogatis and Greg Kot both have reliably fantastic top ten lists this year.

Skullsnbones: Haven't heard most of these, but Iann Robinson has great taste in music, as evidenced by Enslaved, Made out of Babies and Harvey Milk.

About.com: Props for an excellent top ten--the rest is hit and miss, but anything in the first part should make your shortlist, particularly Metallica and Meshuggah.

AV Club: The Onion's spin-off posted a list of celebrity music choices, which gets a link solely for commenter "ZODIAC MOTHERFUCKER" and his endorsement of The Reawakening, the new album from Earache's death metal Aussies The Berzerker.

In hopes that we all convey music's awesomeness that well, check out some videos.

Nick Cave & the Bad Seeds, "We Call Upon the Author to Explain"


The Melvins, "Suicide in Progress"/"Billy Fish"