Free Ozzfest sold out almost immediately, and just about every great metalfest is taking place exclusively overseas this year, so Summer Slaughter is as great a metal tour package as you're going to get. There's no superstar headliner, but instead you get some of the best upcoming metal bands in the world all on one stage, each allotted a short set to give die-hards and potential new fans their allowance money's worth. With eight bands on the bill and sets averaging 30 minutes per band, each act really fought to leave a lasting impression; to be that band everyone knew they had to see again.

It's hard to imagine that most of these bands ever rocked harder than they did on the last night of the tour, July 8 at BB King's. Necrophagist, Decapitated, Cephalic Carnage, Cattle Decapitation, The Faceless, As Blood Runs Black, Ion Dissonance, and Beneath the Massacre all rocked like there was no tomorrow (which there wasn't), and if none of the openers were quite in the league of Decapitated and Necrophagist, there was no band that made you wish you'd saved your money for Sounds of the Underground instead. 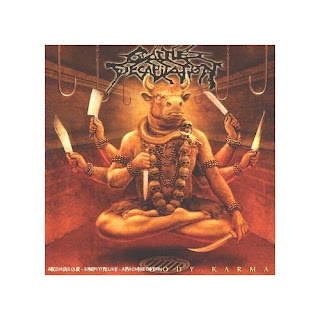 Of the openers, Ion Dissonance stood out w/their Dillinger-influenced math-metal and stagediving, but the first noticeable jump in quality started with Metal Blade heroes Cattle Decapitation, San Diego-based pranksters whose sound is somewhere between the Locust's abrupt, noisy blasts and Converge's harder than hardcore metal. Vocalist Travis Ryan, who manages to evoke Jim Breuer without looking or sounding like him, used the short breaks between songs to mock the audience and the other bands on the bill, and the band backed him up at a very high volume. Supposedly the songs have some sort of misanthropic value (Twilight Zone fans can chuckle about them naming an album To Serve Man), but that was lost in the abrasive, relentless, and frankly, pretty awesome music. 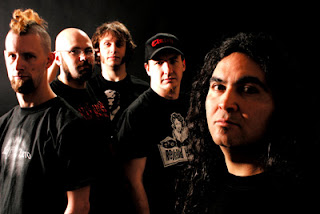 Followed by something coming from the speakers that sounded like the Spanish-speaking voices on "Lady Sniff" by the Butthole Surfers, Cephalic Carnage brought their machine gun-paced grindcore to the stage at BB King's. If most of what they played was from their new album, Xenosapien, then they can officially claim that they've made one of the year's best records. Cephalic Carnage's head-spinning, inventive metal never gets crushed under their technical virtuosity, and they dominated both worlds by creating memorable music that never compromised their skill. Musicians as great as Cephalic Carnage could be excused in some circles for making masturbatory guitar nerd metal, but thankfully they use their skills to make technical metal worthy of their home at Relapse records. I'd never heard a Cephalic Carnage song before that night, but I was sorry that their set ended after only a half hour. 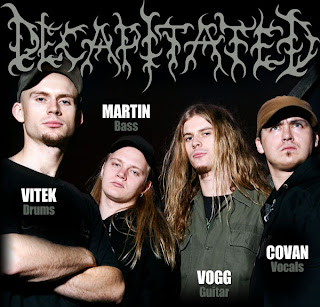 The show could've ended then satisfactorily, but like the gift that keeps on giving, Decapitated launched into their set almost as soon as I realized they were onstage. Promoting their crushing new album, Organic Hallucinosis, they opened their pulverizing set with "A Poem About an Old Prison Man," which rocks so hard that it can make you forget that the lyrics were taken from Charles Manson (I don't mind that they're paying tribute to a scumbag, I mind that they're taking lyrics from someone whose music sucks). However, there's no crappy poem that wouldn't sound sound great at this speed and volume, and Decapitated tore through a frantic, monster-riffed show that ensured their status as one of the most exciting metal bands in the world and the most brutal Polish import since Andrew Golota. Near the end of their set, the band promised to return to New York soon, with Amon Amarth. I'm there. 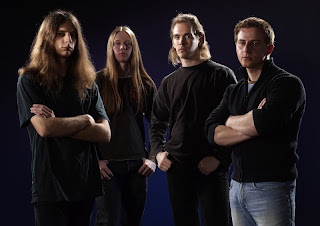 Most headliners would have been thoroughly blown away by Decapitated, but Necrophagist were definitely up for the task. Lead guitarist/grunter Muhammed Suiçmez is an insanely proficient guitarist whose lightning-paced arpeggios reflected his classical influence. If that weren't enough, he tends to quote a few measures of classical music in his songs (also done by Spinal Tap in "Heavy Duty"), and Prokofiev sounded so good coming from a guitar that I later went online to find out who he was. Live, Necrophagist played their breakthrough album Epitaph in its entirety, and the German/Turkish Suiçmez embodied the standard death metal vocalist by introducing each song in a growled, indecipherable manner before giving his elaborate compositions the live show they deserved. However, if anyone could steal the show from him, it was new drummer Marco Minnemann, who pushed the band every step of the way and treated the crowd to what was perhaps the greatest drum solo I've ever seen. I'm no drums expert, but I can't think of a more exciting metal drummer than Minneman--just look at how sick this guy is!

As Necrophagist ended the night, members from the opening acts all crowded the stage to pay their respects and wave goodbye to the crowd and to each other. I'd seen nothing like it since last year's Gigantour, which was also the last time I saw so many great metal bands on one stage. The future of metal is in good hands--see you all next year, hopefully.
Posted by Ben Apatoff at 5:04 PM